The ground for a floor

Hardwood Flooring was the first kind of floor that affected how homes were constructed. It dates back to the medieval era, before which time the floor of most homes was the ground itself, compressed and flattened earth. If you walked in with wet shoes, the floor didn’t get muddy, it was mud. This was still the case for most European homes in 1625.

It started on the second floor. If such could even be afforded, un finished, two foot wide planks of elm or oak were placed across wooden joists, the thick beams which form the strong structural component of a floor. What was later termed the Baroque era brought about a general trend toward elaborateness, exaggeration and abundance of detail in theater, music, painting and architecture. This lead to the introduction of high level craftsmanship with hardwood flooring. If one could afford it, elegance was available, ornate floors, finished and elegant.

It was a cosmic leap, no less. We didn’t go from unfinished wood to sanded, then more even planks, then finished, and onward to more ornate things. No, the jump was from these rough boards to a style of flooring still considered the most elaborately decorative that can be done with hardwood. The upgrade started with marquetry and parquetry. Both involve using smaller, differently colored or toned pieces of wood applied to a floor like a puzzle. Marquetry refers to covering a structural piece with veneers in a fancy pattern. In flooring, it ends with the floor bearing an image, a picture or symbol. A process called sand shading, in which a piece of veneer to be put over the wood is dipped into hot sand to darken part of it, led to, well, “shading”, and a three dimensional look to some marquet images. It was the style to have a piece of artwork within the floor in the center of a room. Parquetry results in a decorative pattern, possibly a shape, but if so, something abstract, like a diamond, rather than representational, like a cherry tree. You would find these in parlors and dining rooms, and sometimes hallways, areas of the house where guests would be able to appreciate them.

To initially get the different colors needed, different species of wood were employed. The pieces needed to make the patterns were hand cut to fit together, hand scraped, hand scrubbed, often with sand. Sometimes the first layer of wood was cut in the shape of the second layer pieces, and they were inlaid. The finest of flooring designs, these were usually done in the most formal rooms. The final floor was stained and polished, and all of this work, laborious, meticulous, artistic, was expensive. It was for the rich. What we would think of as the middle class mimicked the style by painting designs on standard plank floors. What they might have called the rabble stuck with earthen floors. Hardwood flooring was much more common, and transcendent of class in the new world because trees were so abundant there. Such a greater availability of timber allowed hardwood flooring to be available at prices more reasonable to the average family. Since many colonists built their own houses, they could factor wood flooring into the plan, and not just for upper levels, but even for the main level. It was a warmer way to live, so most homes were built this way. Practicality was supreme over style, so many of the planks were two feet wide, as in the earliest European floors, often cut at random lengths and nailed directly to the joists (verses the usual form today, where we have joists, then a subfloor, and the hardwood planks nailed to that). The norm was unsanded, unstained, unfinished planks, because the material used tended to be slow growth pine. Such a soft wood would be worn down, becoming smooth and polished over time by regular foot traffic.

Basic planks of unfinished pine continued to characterize most wood flooring until the middle of the century, by which time paint or stain and finish became common. Parquet flooring becoming more common, pine started to be used as a subfloor. Then a strange product showed up, one described in almost every history of hardwood flooring available online. We will not disappoint. Reprint of the 1903 edition

Possibly still listed in a 1988 reprint of the 1903 edition of the “E. L. Roberts Illustrated Millwork Catalog” (we’re not sure it’s complete) is a product with the dubious name of Wood Carpeting. This was a prefabricated parquet floor. Very thin strips of wood, about 1 1/2″ by 5/16″, were glued onto a three foot wide roll of heavy cotton canvas. Rolls of hardwood. Manufacturers left instructions for different methods of installation which could result in a variety of designs, some with interesting borders. Installation was supposed to be easy for those with the most basic familiarity with carpentry.

What amounted to ‘boards’ were tacked down about every foot with little brads. These were tapped down so their tops were below the surface of the wood (“countersunk”) and the gaps were filled in. All of the pieces were then hand scraped, and then sanded with a 25 pound block of wood pressing down upon the sanding element (natural bristles, sandpaper, or both, we would have to see a picture to be certain), pushed around with a broom handle. After a slow drying varnish of Tung oil, newly introduced from China, hot wax was used to finish the floor, then all was buffed.

It really was the first DIY floor to be mass marketed. But it was squeaky to walk on, and since the pieces were so thin, a floor often has many cracked and split pieces. They also were not very durable. 3/4 inch thick hardwood could be bought for about the same price as this easy but fancy floor, and some of those floors from that area remain intact today.

Mass production of real hardwood flooring began in the late 1800’s, when steam powered machinery made it practical to mill denser woods than pine. Hardwood floors could now be made of oak, fir, maple, and other dense woods. This made real and durable “strip flooring” a reality. Parquet floors migrated from Europe, becoming one of the most popular styles of flooring in America, though still for the wealthy. Meanwhile tongue and groove technology came about, in which two sides of a board have a milled protrusion, and the other two a matching groove, such that the boards can be connected, allowing a degree of levelness not achievable before without scraping and sanding.

Tongue and groove hardwood was the most popular kind of flooring in the U.S. at the beginning of the 1900s. At the same time, mills started putting grooves along the undersides of planks to help eliminate the warping of the boards which remains a common issue with real hardwood flooring. Some flooring was laid on concrete with an adhesive made of hot tar. Carpet being more expensive than hardwood, parquet flooring was often used to border the edges of an area rug. A pattern known as “Herringbone” grew in popularity as well, both as a border and for entire floors.

In the 20’s through the 30’s linoleum and cork rose up to compete with hardwood. Both were easier to install and to care for, and less expensive. In response, hardwood flooring appeared on the market that was prefinished. There was suddenly no need to apply coat after coat and wait for drying while dealing with fumes. Add the introduction of polyurethane, which made it possible to have a no wax finish, and hardwood remained competitive through WWII.

In the 1940’s, use of synthetic fibers rather than the more expensive ones from natural sources made carpet, specifically wall-to-wall carpet, a real possibility for the average income homeowner. Veterans could factor the cost of carpeting into their new home loans, and eventually carpets were even being laid over existing hardwood floors.

Popularity for hardwood did not really return until the 90’s. Engineered hardwood flooring was part of that. Designed to overcome the climate and environment problems innate to regular hardwood, engineered hardwood gave the world a wooden product that wouldn’t shrink, cup or buckle with changes in the temperature and humidity. It’s the most popular form of hardwood sold in Europe, and its popularity is on the rise in the U.S. 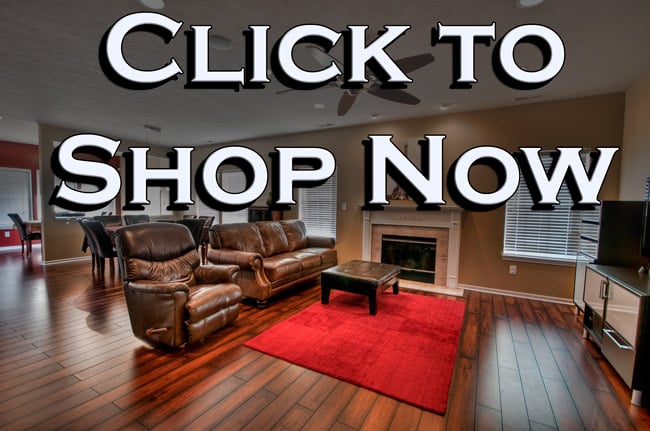