Next up in our “How Is That Flooring Made?” series we have…Bamboo!

Contrary to popular misconception, bamboo isn’t a tree or a hardwood…it’s a grass. Various species of bamboo can be found in many parts of the world, primarily in areas with tropical humid climates. It’s a plant of high renown and cultural significance in south Asia, east Asia, and southeast Asia. In addition, bamboo also one of the best multi-taskers of the plant world, used for food, building material, scaffolding, and now flooring.

The tensile strength of bamboo rivals that of steel alloys, concrete, and graphite. Bamboo’s growth speed also far outpaces traditional hardwood: an oak tree may take up to 40 years to reach maturity, while a bamboo stalk can be ready for harvest in as little as three years.

Not bad for a grass!

How Is It Made?

Although bamboo can be harvested after only three years, a longer maturation period – closer to six years – is preferred. After the stalks are harvested, they’re then milled to remove the tough green outer husk, and cut into long strips. Next, the strips are boiled. This removes any impurities like dirt or grit along with bamboo’s natural starch and sugars, which makes it less appealing to pests like termites. The boiling process also helps reduce humidity-based expansion and contraction in the future.

Next, there’s a choice of processes that the material can undergo. Carbonization via steam pressure will darken the planks, while uncarbonized bamboo can be stained or left at its natural color.

Regardless of whether the bamboo is carbonized or not, it’s kiln-dried to remove the last of its moisture. Once the planks are dry, they’re milled to include tongue-and-groove installation and protective coatings like aluminum oxide.

What Types Are Available?

All are made by fusing the treated bamboo strips together with either glue or resin. 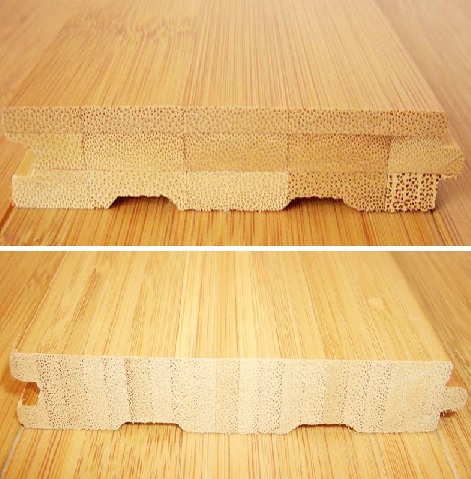 The horizontal sides (the widest sides) of each bamboo strip are glued together, face up, and then laminated for uniformity. Since they’re placed face up, some individual characteristics like growth knuckles may be visible, much like a knothole in hardwood. These give some uniqueness to the finished look.

This follows the same principle as horizontal grain planks, except the vertical sides are glued together. The vertical lines give a visual appearance that’s similar to a hardwood grain pattern; vertical planks are laminated like horizontal planks, in order to achieve uniformity and consistency.

This one is much more self-explanatory than it might seem at first glance. Bamboo remnants are woven together in a cross-hatch pattern and then compressed together. The result is an grain pattern that's distinct from traditional hardwood. Sometimes it can be subtle, other times it can be "tiger stripes" levels of contrast.

Strand woven bamboo is a popular choice, not only because of its high durability - around twice as hard as other bamboo floors - but also because it’s such a green material. Those bamboo remnants used in the planks would otherwise be considered waste material and discarded. The final product is smooth, beautiful, tough, and UV resistant. 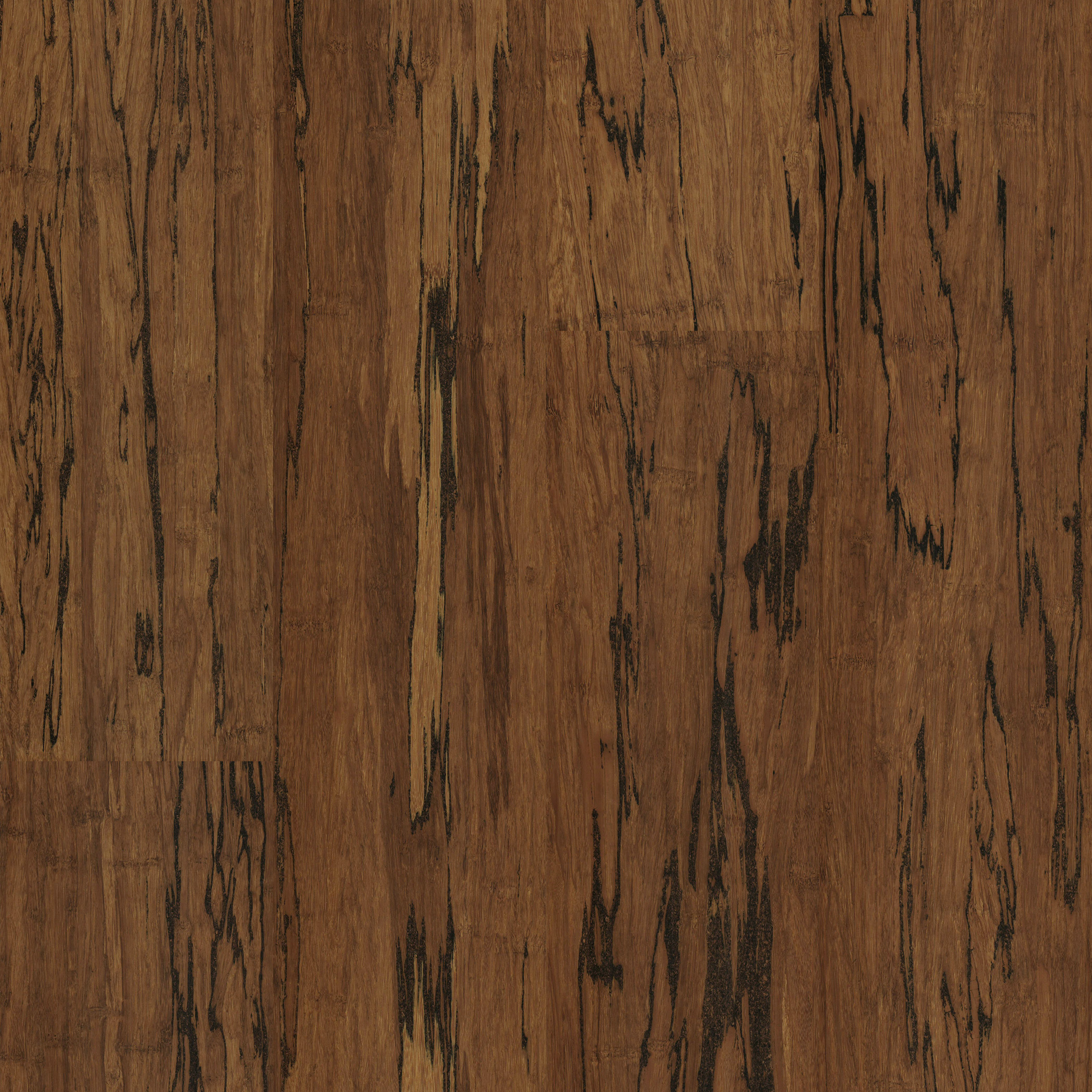 How Do I Know If Bamboo Is Right For Me?

Bamboo is a great choice for consumers looking for a green flooring material that doesn’t sacrifice beauty. It’s a neat alternative traditional hardwood that can stand up to busy life.